We’ve been privileged to see many exciting things happening. Many roofing contractors have joined our nationwide network and achieved new business heights. In other cases, contractors who are active in commercial roofing have taken advantage of increased lucrative business opportunities.

It’s worth highlighting the success story of one quality-minded Choice Roof Contractor team: Robert and Lori Brenneman of Jasper, Missouri. These dedicated roofers have seen some amazing growth opportunities in the past few years. Before they started out with Conklin Roofing Systems around three years ago, they had firm roots in residential contracting. And since then, their story has been life-changing. 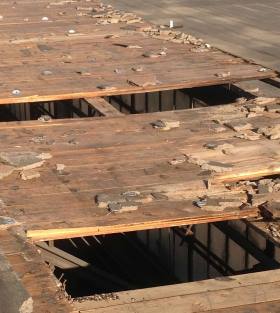 Today, Robert and Lori are the owners and operators of Brenneman Roofing (www.brennemanroofing.com), a fast-growing commercial roofing company in Missouri. Since they started working with a group leader and joined our nationwide contractor network, they’ve serviced a number of nationally known franchises and retail brands. And they’re continuing to reach new plateaus.

Rob and Lori’s journey in roofing begins around ten years ago. At that time, aside from being a full-time firefighter, Rob operated a local handyman business. It was a successful venture and kept him busy. But it never quite gave him the income he desired for his family. And since he had many jobs each day, it was time-consuming – which meant he was often away from Lori and their four children.

Over the years, he kept on the lookout for opportunities that would be more time-efficient and more profitable.

Some time later, Rob received a call from his older brother, who works as a foreman for Choice Roof Contractor Will Schrock at Montana-based Schrock Construction. Rob’s brother introduced him, gave him a brief rundown, and spoke of profit potential.

Intrigued, Rob did some research and decided to go to a roof systems training. That fall, he learned the proper applications of Conklin roofing products in Kansas City. With the Conklin Master Contractors who shared their testimonials and success achieved, Rob felt inspired and well-educated when he left the roofing training center.

Nonetheless, time proved to be tight over the first year. But Rob remained dedicated. In due time, the Brennemans would become more involved – albeit from a different direction. 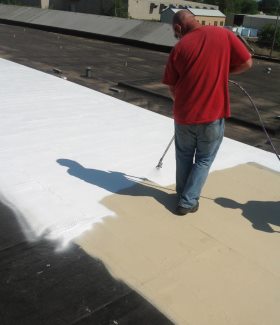 In that time frame, Lori started a housekeeping business. She built up a steady client base, but wasn’t satisfied with the income it was bringing in. Rob convinced her to try out some of Conklin’s cleaning products – and they were effective. They were not only solid cleaning agents, but they increased her profit margins. Convinced of Conklin products’ efficacy, the Brennemans attended a Conklin business seminar, where they learned first-hand of the larger potential offered by Conklin.

Afterward, the roofing business really started to take off. They began getting local roofing jobs. Lori also did well with her housekeeping business and then sold it so they could focus on Brenneman Roofing full-time. In this time, the Brennemans honed their knowledge and skills with our preferred roofing products and became capable commercial roofing contractors.

Taking It to the Next Level 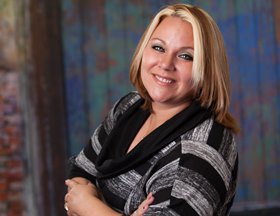 In late 2013, Rob and Lori decided to join Choice Roof Contractor Group. Since then, Brenneman Roofing has grown by leaps-and-bounds.

With the support of our network and, even more so, their desire to expand, the Brennemans have doubled their income every year. And they’ve established themselves as commercial roofing professionals. In turn, this has led to great success

In addition to local and regional companies, Brenneman Roofing has served nationally known brands such as Burger King. Rob also shared they are currently in talks with a multi-billion-dollar New York Stock Exchange-listed company for a roofing job after receiving the lead off a website our partner Top Roof Marketing developed for their company (Update 12-15-14: The contract is now signed). This corporation was highly impressed by Brenneman Roofing’s professionalism, credentials, and knowledge of commercial roofing. 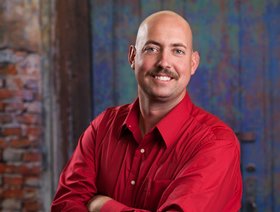 When asked about their future plans this week, Rob and Lori spoke of their confidence. With the extent to which Brenneman Roofing is growing, the Brennemans plan to focus all of their attention on commercial roofing.

Rob and Lori have also become leaders in helping others. They are regular attendees at the National Convention, where they network with like-minded people committed to personal and business success. And they are active in training sessions and on the business seminar circuit, in which Lori has been invited to be a speaker and presenter.

With their growing reputation and Choice Roof’s support, the Brennemans are excited about the future and what it will bring their business and family.

How You Can Benefit Too

Contractors join our network to receive:

Learn More
The Brennemans’ story of fast growth in just three years is a great example of how we benefit contractors. Our endorsed members benefit from many exclusive benefits, including: