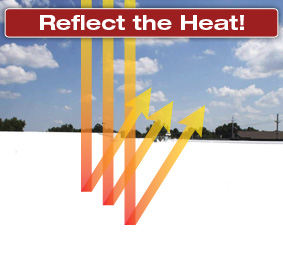 However, it should be noted energy cost savings will vary based on a building’s location as well as on local energy consumption rates. In areas with a warmer climate, energy savings could be more pronounced in the hotter seasons of the year. In one California-based study, “cool roofs” were found to generate annual net savings of almost $.50 per square foot, though other buildings than just commercial buildings were factored in.

With these studies and others in hand, it is clear white roof coatings are an attractive option because of their energy cost-saving potential. That becomes even more pronounced when considered in light of how the white roof became prominent in commercial roofing.

The White Roof, a Disruptive Force in Commercial Roofing

Request Free Estimate
Like single-ply roofing in the 1960s, white roof coatings were quite the game-changer for the commercial roofing industry when they appeared in the 1970s. Beforehand, roofing industry discussion over roof performance had centered much on factors such as a roof’s service life and how a roof held up in different conditions over time. A roof’s value was tied more to its performance record and protection value.

When the white roof coating appeared on the scene as a way to extend a roof’s life without having to do a complete roof replacement, though, the industry began to change. Because of their ability to reflect much of the sun’s heated rays off a roof surface, energy efficiency became another category for evaluating roof performance on top of protection value and service life.

Today, white roof coatings remain a hot-button topic in the commercial roofing industry. They have been accepted as a mainstream roofing product selection. For instance, since 2010 in New York City over 1 million square feet of roofing has been coated with white coating products.

These coating products have also been shown to be a great option for long-term energy savings. According to the U.S. Department of Energy’s most recent Buildings Energy Data Book, the average annual energy expenditure per square foot of commercial floor space was $2.44 in 2010. In 2014, it is expected to be $2.27. 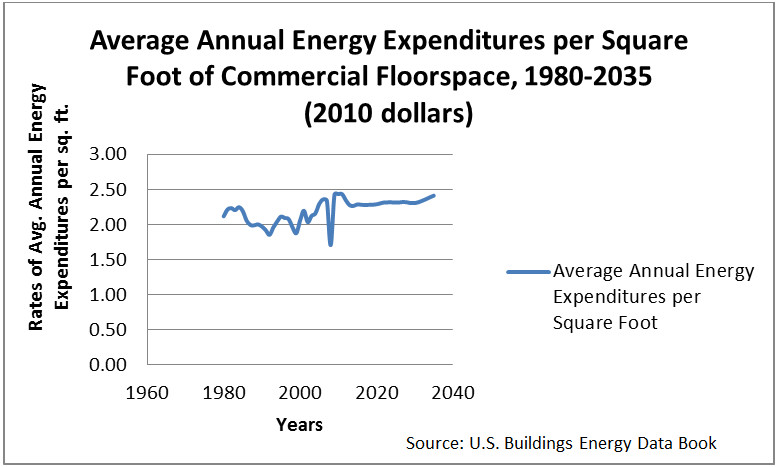 In addition to a white roof study that spanned 50 years conducted by Lawrence Berkeley National Laboratory and more, here are a couple of other notable studies that capture the energy-saving potential of a white roof.

Some Thoughts on the White Roof and Its Energy-Saving Potential 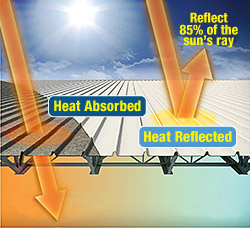 Some people have said white roof coatings may suffer from a “winter penalty”, or a period during the winter in which they reflect useful heat from a building and make the building use more energy for keeping its interior warm.

The Cool Roof Ratings Council offers the following answers to this notion:

For calculating one’s own energy-saving potential, the Department of Energy offers a useful calculator.

With Choice Roof Contractor Group, building owners can get the great benefits of a white roof listed above and more. Conklin white roof coatings have excellent tensile strength and durability, and have been seen to last for 25 years or longer while other white roof coatings last 10-15 years.

They also have other attractive features:

Should you be interested in learning how a Conklin white roof coating system can be good for your needs, give us a call at 800-670-5583.