Today’s story shows the power of when a quality-minded construction professional decides to go all in and start a new commercial roofing company. There may be risks involved, but the huge upside potential that comes with building a highly profitable business and carving out one’s destiny is hard to cast aside.

In this week’s contractor feature, we take a look at new Conklin contractor Jonathan Wanner and how he’s decided to become more successful. Hailing from the great state of Michigan, Jonathan has stepped forward and decided to jumpstart his own commercial roofing company. He’s now in the throes of its development, but he’s excited about the future and what it holds, and about how he has a huge support network behind him. 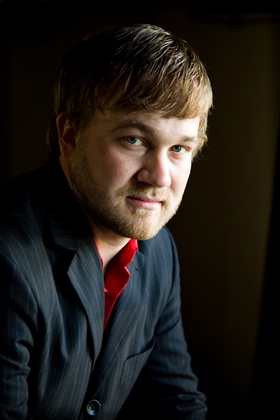 When asked about what drives his roofing company, Jonathan says “quality service” is the core value that’s responsible. It’s a fundamental that he’s displayed over the years, as he’s risen from a construction crew member in the family business to a forward-thinking company owner.

Jonathan’s story begins in his teenage years, when he became an active part of his family’s construction operations. He had grown up in construction for his whole life up to that point, but that’s when things started taking off.

His family’s company specializes in vinyl windows, but Jonathan recalls his involvement in all manner of construction work. As a member of the crew, he was charged with discarding old building products and other duties related to project disposal. Over an approximately two-to-three-year spread, he rose in the ranks from menial laborer to full-time contractor, and he assumed more responsibilities in the construction crew’s day-to-day operations. Over time, he learned the ins-and-outs of all that was involved, as well as the full value of quality workmanship. That, in turn, laid the seeds for what would later become an enterprising desire to break into commercial roofing.

Once he became a full-time contractor, bit-by-bit Jonathan became a more integral part of daily service-providing. He honed his craft, and by the time he was 21 years of age, Jonathan had been appointed the main installer. As he steadily grew to be an invaluable part of his family’s legacy, he started developing a sense of entrepreneurial ambition and independence. Over time, he became keen on striking out on his own.

A few years into his career as an expert installer, Jonathan’s desire for running his own business had gained further traction. It was around this time when he heard about Conklin roofing from friends and was intrigued by the unique business opportunity it presented. He was told stories about roofing contractors who had encountered great success with the product line, tied together with Conklin’s standout business model. The stories of success piqued his interest, and he started doing research on just how viable Conklin’s business opportunity really was.

Jonathan knew there wasn’t really anyone in his area who was doing what Conklin offered, and it seemed to be the best opportunity to carve out a profitable niche business. The attractiveness of the business opportunity was expounded by his desire to establish a high standard of living for his wife and children. That’s when he contacted Conklin for more details about getting involved and what he should expect. One Master Contractor contact and hours of extensive Internet research later, Jonathan was more convinced of the legitimacy of Conklin’s business opportunity. However, he wasn’t quite ready to take the full leap.

A timely ‘intervention’ came in the form of a visit with a distant family member. This family member used Conklin roofing products himself, and with his personal testimony about their value to both contractors and customers, Jonathan was further emboldened. A chance encounter with a nationwide network of commercial roofing specialists who use Conklin products, though, was what sealed the deal. Jonathan contacted Choice Roof Contractor Group for more information, was impressed by the answers given and level of support the network provides, and then decided to journey to Conklin roof systems training.

Gearing up for the Big Time: Taking Action 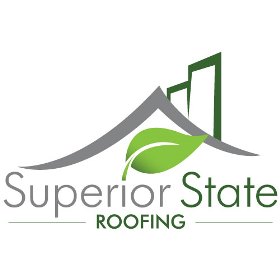 At Conklin’s training seminar, Jonathan received hands-on experience with Conklin’s high-performance roofing systems, which built on top of his honed expertise as a construction professional. When asked about the quality of Conklin’s factory training program, Jonathan remarks on how he was impressed by how thorough and informative it was. One thing that stood out was how comprehensive Conklin’s roofing system instructors were in their coaching—at many points, Jonathan would have a question that wasn’t directly related to what was being taught, but the instructor would answer it a few moments later without him having to ask it.

Now, as a business owner, Jonathan has named his new roofing venture “Superior State Roofing”. Aside from the obvious nod to the well-known Great Lake to the north, he says it’s a subtle reflection of what customers can expect from his commercial roofing services—quality treatment in every facet of what’s done.

Even though the pressure of starting and running one’s own business is tremendous, Jonathan says he’s glad he made the leap. With Conklin roofing products, the training he’s received, and the contractor support he has at his disposal, he’s more than ready to set his entrepreneurial ambitions aflame—and give a better life to his family as a result.

Should you be interested in learning more about how you can benefit from commercial roofing business opportunities like Jonathan, you can contact Choice Roof Contractor Group for more information. Our nationwide network provides a slew of exclusive benefits to quality-driven contractors, including lead generation, lifetime mentorship, discounted product pricing, dedicated marketing support, and more. Choice Roof Contractors also benefit from our partnerships with key service providers and vendors.