The old adage says, “There is safety in numbers.” For the endorsed members of the group, however, there is much, much more than that.

For John Miller of A-1 Roofing Systems, belonging to our respected roofing association has provided credibility, support and resources that have made all the difference in his business, helping him evolve from being a struggling roofer just surviving from job to job to doing large commercial projects. Even with the fantastic year he had in 2017, John expects to double his revenue next year.

“The Choice Roof Contractor Group is like a Better Business Bureau for commercial roofing,” John said, “and clients like that.” The peace of mind makes a huge difference and building owners also value the knowledge resources of the group that back every project.

A Foot in the Door 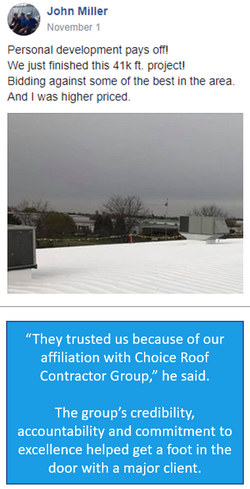 John was one of the earliest members to join Choice Roof Contractor Group. Prior to belonging to the group, he was struggling to gain traction in commercial roofing and to make ends meet, getting only small jobs for small buildings in a small town. He ended up taking some residential roofing work just to help generate cash flow.

For John, joining the Choice Roof Contractor Group made all the difference. It was through the group that he got the breakthrough opportunity that marked the start of his success in commercial roofing.

John had previously cold-called a branch of a large national company but without success. A couple of months later, however, that same company contacted this website looking for a price quote on an 80,000-square-foot roofing job, and John ended up getting the request. That job was his big break.

“They trusted us because of our affiliation with Choice Roof Contractor Group,” he said.

The group’s credibility, accountability and commitment to excellence helped get a foot in the door with a major client. Many other roofing contractors have also gained solid footing doing commercial work and landing big jobs they wouldn’t otherwise have gotten.

“That would not have happened without the Choice Roof Contractor Group,” John said.

Another benefit of group membership is that quote requests received through the group are quality, prequalified leads. The customer gets to see what the group is about and what its members offer as a nationwide team.

“I get quite a few leads from the group,” John said.

“Choice Roof Contractor Group is regularly at the top if you start Googling commercial roofing keywords,” he added. 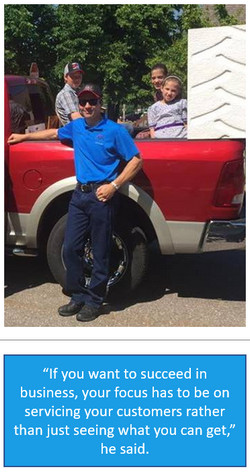 While prequalified leads, respected training, group credibility, shared knowledge and the other many benefits of membership can be game-changers for a roofing contractor, John advises that it is up to the individual to become successful.

“If you want to succeed in business, your focus has to be on servicing your customers rather than just seeing what you can get,” he said.

John said he was initially intimated by the commercial roofing market because of the largeness of the projects. He had to work on personal development, finding confidence, learning how those in the business world think and operate, and how to “speak the same language” to show business owners that they could trust him.

“I had to learn the skills and the mindset to learn how to perform in that market,” he said.

When meeting with a prospective client, John said, it’s a mistake to “sell yourself” and tell them everything you can do for them. Instead, he leads out by questioning a client and truly listening—finding out what they need, what their past experience has been with roofers, and how he can help them. He asks to take a tour of the facility so he can see where the issues are, and then after looking at the roof he generally proposes two or three options that he feels will best fit what the building owner needs.

Above all, benefiting the customer and truly providing service should always be a roofer’s aim.

“It’s so fun once you’ve learned your communication skills with your customers,” John said. “You can sell a couple hundred-thousand dollars in sales very quickly just because they sense that you’re servicing them. They don’t feel like you’re just taking money.” 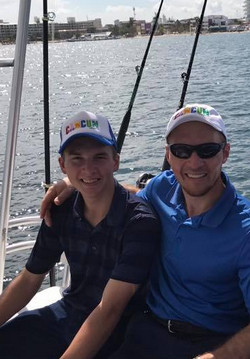 John has certainly seen success since joining the Choice Roof Contractor Group. He foresees bringing in millions of dollars in revenue in the coming years. He counts himself blessed that instead of being out in the cold working just to make it through, he is now able to strategically use the winter months to prepare for next season and to line up spring jobs.

John’s five-year plan is to pass on his business to his oldest son, who is now 16 and whose ambition is to go into roofing like his dad.

“He loves what we do, and he has a passion for that,” John said.

Once the torch has been passed from father to son, John wants to become a consultant and a coach for roofing businesses—something Conklin, our preferred manufacturer, will pay him to do.

“It’s a mentorship program that is unequalled anywhere in the industry,” he said.

Because the manufacturer places high value on ensuring its contractors are properly trained, John can enjoy the experience of working with other roofers and helping them succeed. He will be able to do this at no cost to the contractors, as Conklin will use sales commissions to pay him for the mentorship instead of a traditional sales representative (a program that has been in place since the company entered the market in 1977). 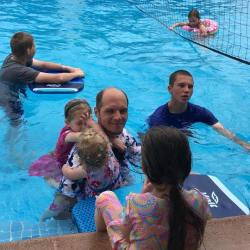 Because A-1 Roofing Systems achieved a large sales volume this year, John earned a free trip to Cancun, Mexico, through Conklin—a vacation he and his family recently returned from. This is yet another achievement he said would never have happened without the group.

“We ended up taking our whole family,” John said. “We’ve got seven kids, and we took the whole family down. We’d never, ever been to a beach anywhere in the world.”

He said a factor that made the vacation even better was there were about a hundred other Conklin families there, enjoying a similar reward for their sales success.

“You start keeping company with people who are used to success in what they’re pursuing, and that, in itself, is a big boost in continued success down the road,” John said.

John and the Rest of the Group Can Help You Succeed!

“If you want to change your lifestyle and you have a commitment to stick to it until you succeed, we have something to offer here,” he said. “There’s no other group out there that offers what we do.”

For roofing contractors throughout the United States, CRCG provides numerous perks, including:

If you’re interested in learning more about how your roofing business can benefit from Choice Roof Contractor Group membership, give John a call at (608) 487-1500. He would also be glad to share details regarding how he has been able to grow his business so quickly.

Cami is one of the main writers at Choice Roof Contractor Group. Leveraging her unique background in the space and more than a decade of professional writing experience, she has written countless articles on the various aspects of commercial roofs and has gained the respect of building owners and contractors across the country.